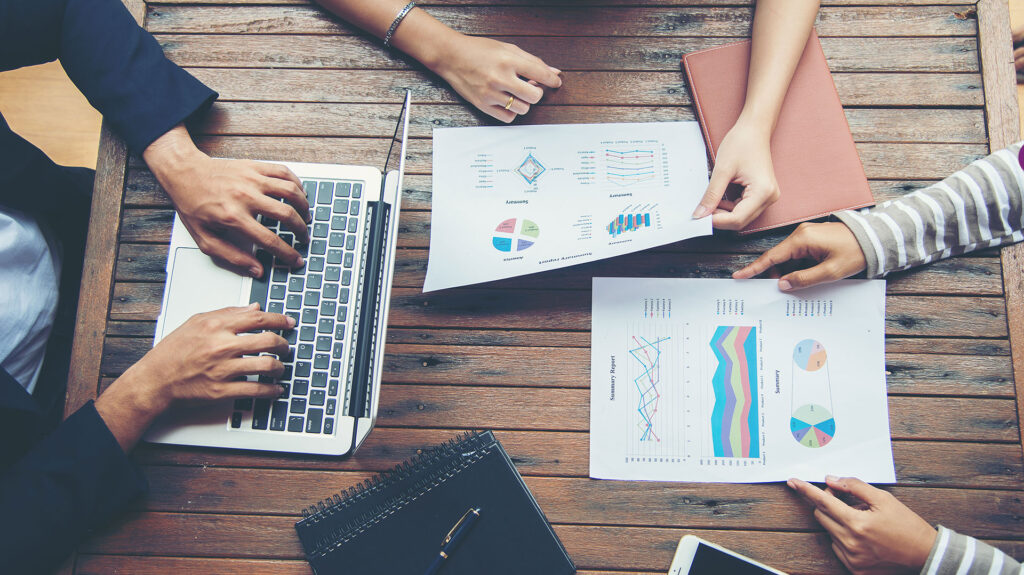 In the article ‘What is Work and how we define it?’ objectives granular hierarchy was discussed and mentioned that MBO (Management by Objective) is a better method. The single term ‘Objective’ is purposed in this article to mean: Goal, Strategy, Objective, Tactic, and Task. Today, we are going to view ‘Objectives’ from the angle of planning and timing. The granular hierarchy of objectives is a plan, especially in the lower levels. Higher levels are more long-term and lower levels are more short-term objectives. In my opinion, a plan is the same as setting an objective that should be done in an hour or an objective with a period of 10 years. The conceptual granular hierarchy is shown:

In the present era, the business environment is far away from stable: so plans and estimations experience a considerable deviation from reality. But this cannot be an excuse not to look at the vision and not to plan for the future. So, companies still forecast, set objectives, and plan at least, several years ahead; but, due to uncertainty, they practice updating plans and other similar future-oriented items in shorter periods. The longer the time of the plan is, the more uncertainty the plan suffers.

Uncertainty also impedes planning to predict the detailed approach and steps that should be done in the future. In other words, grinding objectives to get to the more detailed ones, does not offer a good value in long-term plans because the business environment might be completely different at the time of execution. Thus, while planning (setting objectives in a hierarchy), depends on the longevity of the period, we should stop grinding objectives at levels that are less prone to uncertainty.

Now, the question is: what about more detailed objectives? It is where we define a time block for different levels of objective hierarchy. The related time block for the objective level should be a period that uncertainty is at its minimum and most of the objectives of that level can be fulfilled within its boundaries. Agile management methodologies like Scrum offers the same concept with a time block which is called a ‘Sprint’. But, this time block is for the lowest level of objectives and practices offer this time block to be one-week or two-week but it is completely dependent on the management style, and the operation type of the company.

In all planning sessions, the whole plan may be impacted and changed, even including the objectives of the higher levels. For example, when grinding a level 2 objective, we might find out that we need to set a parent new objective in level 1. Also, some of the objectives may have no parent or their parent may be at several levels above them. In figure 2, some of the mentioned cases are shown. The following figure shows the example in the article ‘What is Work and how we define it?’ with time blocks assigned.

In figure 3, the resulted plan from the planning session of January 23rd, 2021 is shown. Time blocks and also the number of time blocks in the plan are revealed. Level 3 objectives are in the 4th iteration and level 1 & 2 objectives are in the 1st iteration. As it is presented, the objective ‘price decrease by 5%’ in the 2nd level with a timeframe of 6 months, is not, going to get any action in the planned week. On the other hand, ‘Getting confirmation of event planning company’ and ‘Preparing guest lists’ are the objectives that should be done in the 4th week as a sub-objective of ‘Getting 200 leads in a Marketing Campaign’ that should be fulfilled within the first six months of the year 2021, if to achieve: ‘Increasing Sales by 20%” till the end of the year’.

In addition to all planning time blocks, there are always objectives that are identified during execution and ad-hoc. So, the plan should always be open to the possibility of adding objectives.

With this structure, team or company members have a view of the whole objectives of the company in different granularities, and also, they can focus on the narrowest period to check their execution steps. In other words, they can see the plan, objectives, and time dimensions of each of them in a single frame.

In this step, a question might be raised: What is the different initiators and categories of objectives? This question is explained in future articles.