Work management and defining goal, strategy, objective, and tasks as an objective hierarchy in planning and execution times
Posted On January 22, 2021February 13, 2021In Work Management 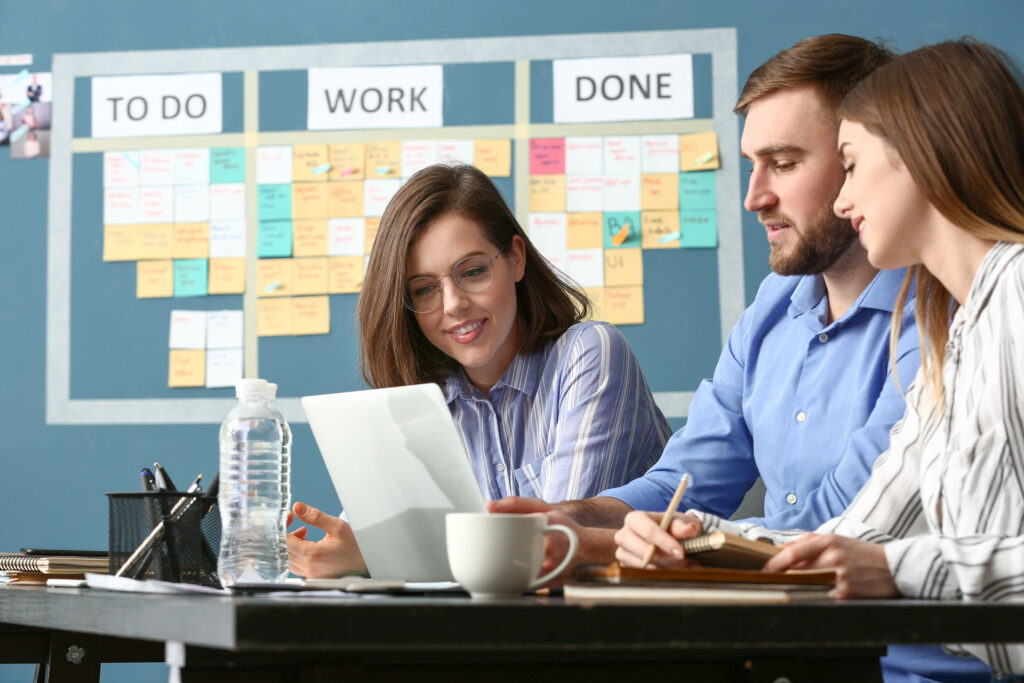 Recently, I discussed with one of the C-level executives about her overwhelming works and how to make a structure of people and methods to be able to handle her team’s work. Since the problem was not properly defined, I found the discussion vague and abortive. So, I suggested defining the exact problem before any further thinking of solutions. Our discussion then led to an extensive session on definitions and classifications of the term ‘Work’ in businesses, which is, at the very core element of the problem.

Work in the thoughts of a lot of people equals a task. The definition in Merriam-Webster dictionary defines a task as “A usually assigned piece of work often to be finished within a certain time”. Regarding the definition and also the use of task in management methodologies, it has a limited scope, and, focuses on some actions that one or several people should do within a specific time.

But I’m a big believer in MBO (Management by Objective) and I talk to my team members through objectives, not tasks. Let’s look up the meaning of objective in Merriam Webster: “Something toward which effort is directed: an aim, goal, or end of action”. When I give my team a goal or objective, instead of telling them what to do, they are made clear about what to achieve. For example, instead of assigning tasks like ‘send an order for material A to the vendor’, I prefer to give my team an objective with this title: ‘Get order confirmation for material A from the vendor’.

This gives them a more sense of ownership since they understand their role and impact in the organization (or team) as a whole. This, as a result, boosts people’s motivation and engagement in the team. On the other hand, in most cases, objective achievements are disclosed companywide which also increases team engagement as each member understands their contribution to the whole team.

To determine goals and objectives SMART gives a well-known structure as it recommends that objectives or goals should be Specific, Measurable, Achievable, Relevant, and Time-bound, and so, objectives and goals should include other aspects not necessarily included in its description. Another parameter of an objective is granularity. For example, an objective can be as macro as ‘raising sales of the company by 22% by the end of year’ and as micro as ‘Send a reminder to Alex today about the meeting’. As you may have noticed, the first example is more like a goal and the latter resembles more of a task.

Talking of objectives may bring to mind other terms from similar management texts including Goal, Strategy, and Tactic. If we want to put them in a hierarchy concerning granularity, we can have Goal, Strategy, Objective, Tactic, and Task. But I prefer not to involve myself in the labyrinth of nuances in these jargons so I came up with an alternative approach.

In recent methodologies and practices, the term objective is getting more popular than others and it is not a surprise that, as an MBO fan, I just use Objective as the representative of all other terms but I hierarchically kept granularity in order not to sacrifice the benefit of grinding objectives. Below is a schematic example:

Figure 2 shows three levels of objectives where each level might have a related term (like Goal) but as mentioned, the term in most environments makes no difference for managers or team members.

To sum up the article, we consider work equivalent to Objective in a granularly hierarchical manner. Now the question is: when, how, why, and by whom objectives are set, how we classify, and how we manage them. These topics are discussed in future articles.